I decided I would begin to expand the abstract, colour focused paintings I had been producing. I wanted to go back to the idea of the city and explore how I could pull this into the paintings.

On one of my many train journey’s around the country, I found myself on one in particular that gave me inspiration. I seemed to keep noticing shapes in the landscape. Most of my train journeys are primarily through countryside so seeing man made structures within the trees only happens every now and then. 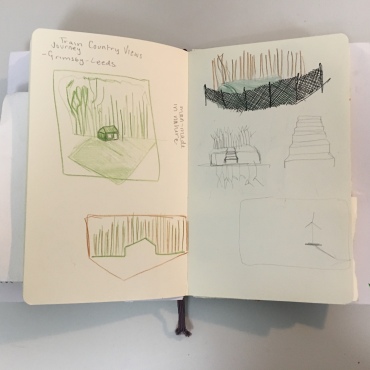 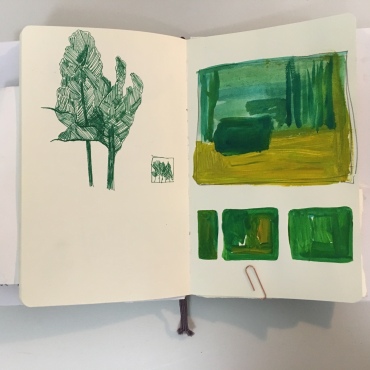 I began to explore how I could use these shapes alongside my natural colour palette. 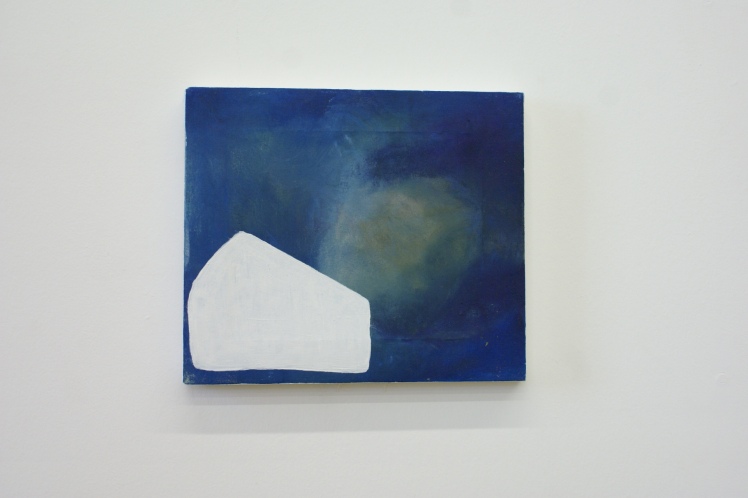 I decided to call the series of four paintings ‘white cube’. Originally the paintings were the same as the empty paintings I experimented with the other month but I felt I wanted to develop them and began to explore the possibility of incorporating the man made shapes I had happened upon in the landscape. I simply added them in as white shapes, based on images from my sketchbook and also the city shapes around me daily. I wanted to keep them white as a way of suggesting the intrusion of something that doesn’t belong. Also just a block of white as though there is something missing, something out of the ordinary. I liked that the shape offered a number of possibilities. The mundane shapes of the city encroaching on the landscape and nature.

EDIT: This series is one I kept going back to, keeping on altering aspects of each one. I therefore decided I perhaps was not happy enough with them to have them exhibited in my end of year show as a record of my projects and ideas. However, I am still interested to see how I can develop them.

I added windows to the paintings after experimenting with possible composition ideas that drew on more of the city aspects. The idea of inside and outside came to mind with this. Out of my bedroom window is a line of student houses with windows at every level and during the winter they were each lit up and there was something familiar but also isolating about this. I wanted to explore this contradiction and found it an intriguing prospect and is perhaps where this series of works could be taken in development. 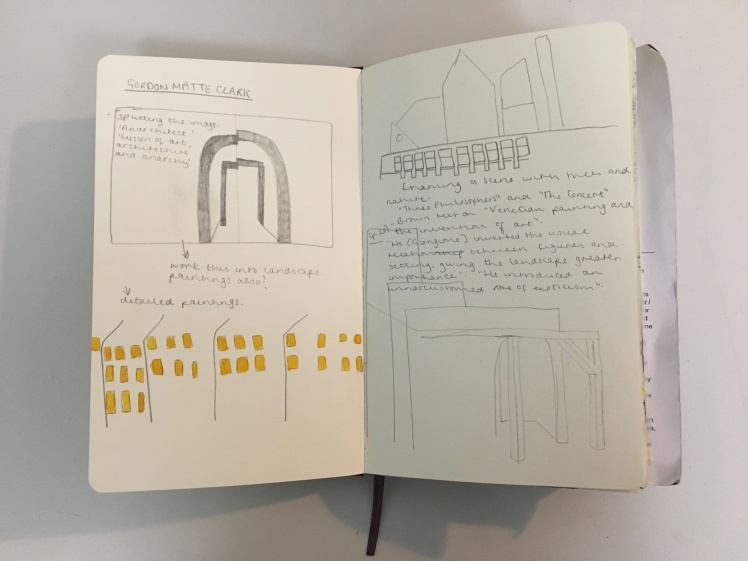 One thought on “‘White Cube’”